The RAF Benevolent Fund (RAFBF) provide important support to all serving and former members of the RAF, as well as their partners and children. To commemorate the famous Dambusters raids of WWII and the 100th birthday of the only remaining crew member of the raids the RAFBF organised a cycling event around the historic RAF landmarks of Lincoln.

Pine was drafted in to create the name and branding for the event. And it was a great honour to work with a charity that are providing some much needed support for members of the RAF. 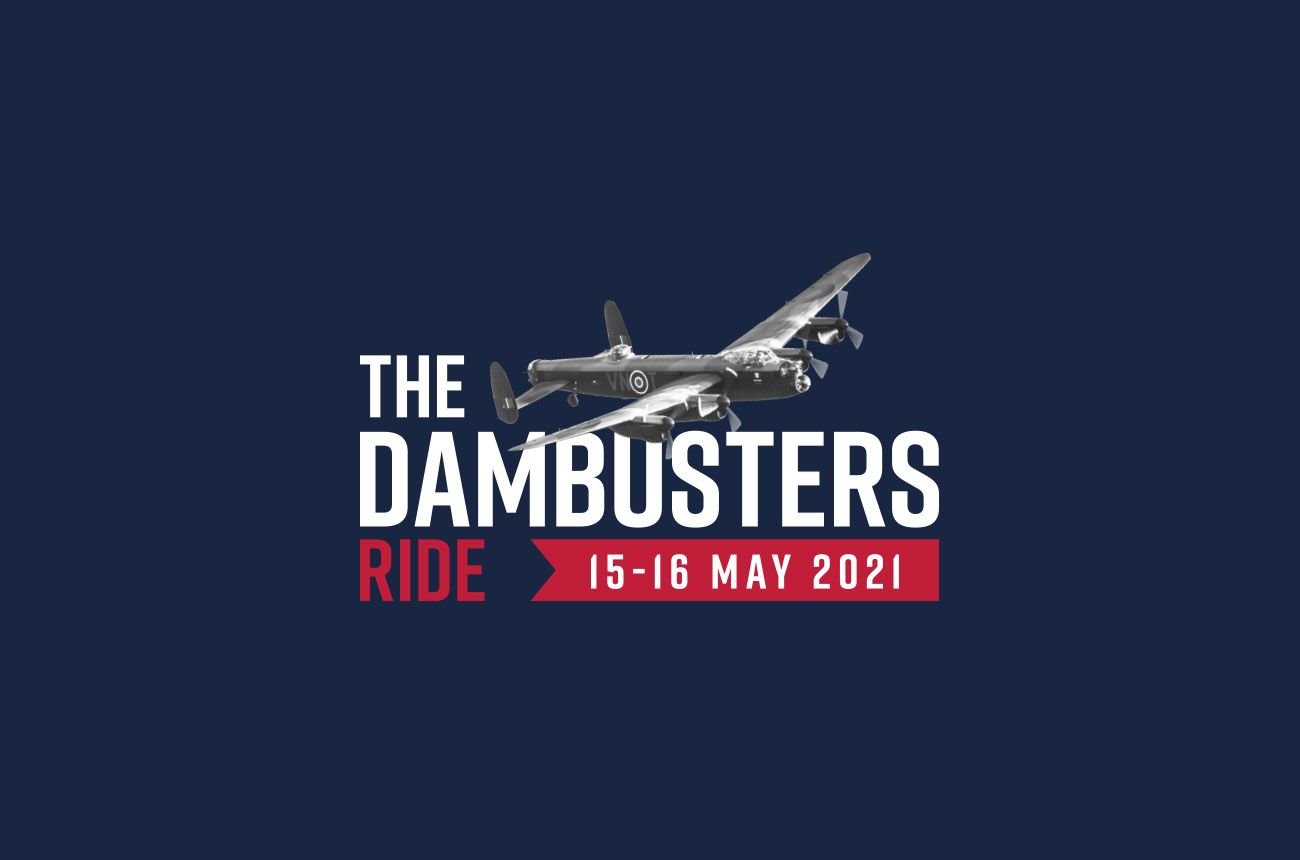 'The Dambusters Ride' was the chosen name and the branding gives a nod towards the 'The Dambusters' film from 1955. A cutout black and white Avro Lancaster MKII plane, the model that carried the famous 'Bouncing Bombs' used during the raids pierces through the bold text used in the logo.

The iconic red, white and blue are used as a simple, yet striking colour scheme.

The branding is impactful when paired with simple, black and white imagery of cyclists. The photography also really shines on the social media campaigns that were created around the branding.

We have had a brilliant response towards the branding and the cycle event is becoming increasingly more popular with fund raisers. Here's to a successful event!

The ride is sure to be a good one. So if you're a keen cyclist and want to raise money to support an important charity then get involved over at: www.rafbf.org 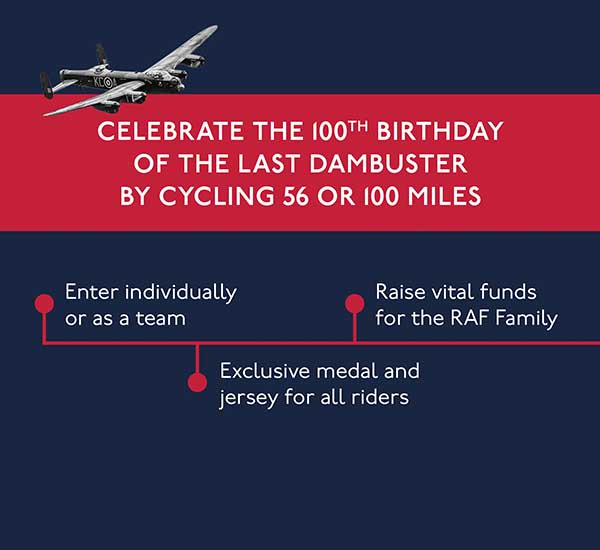 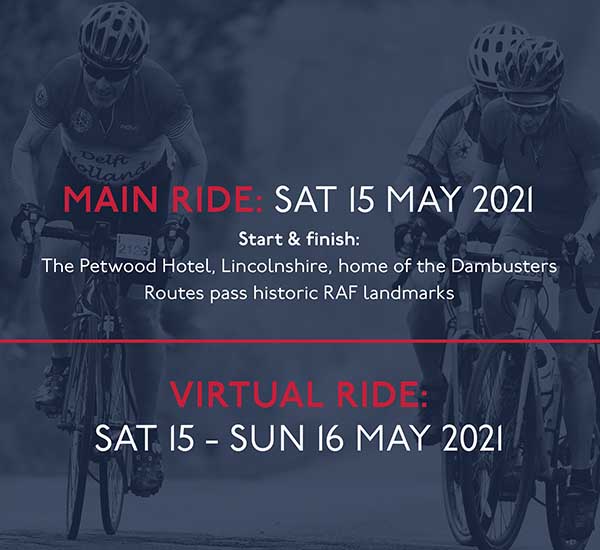 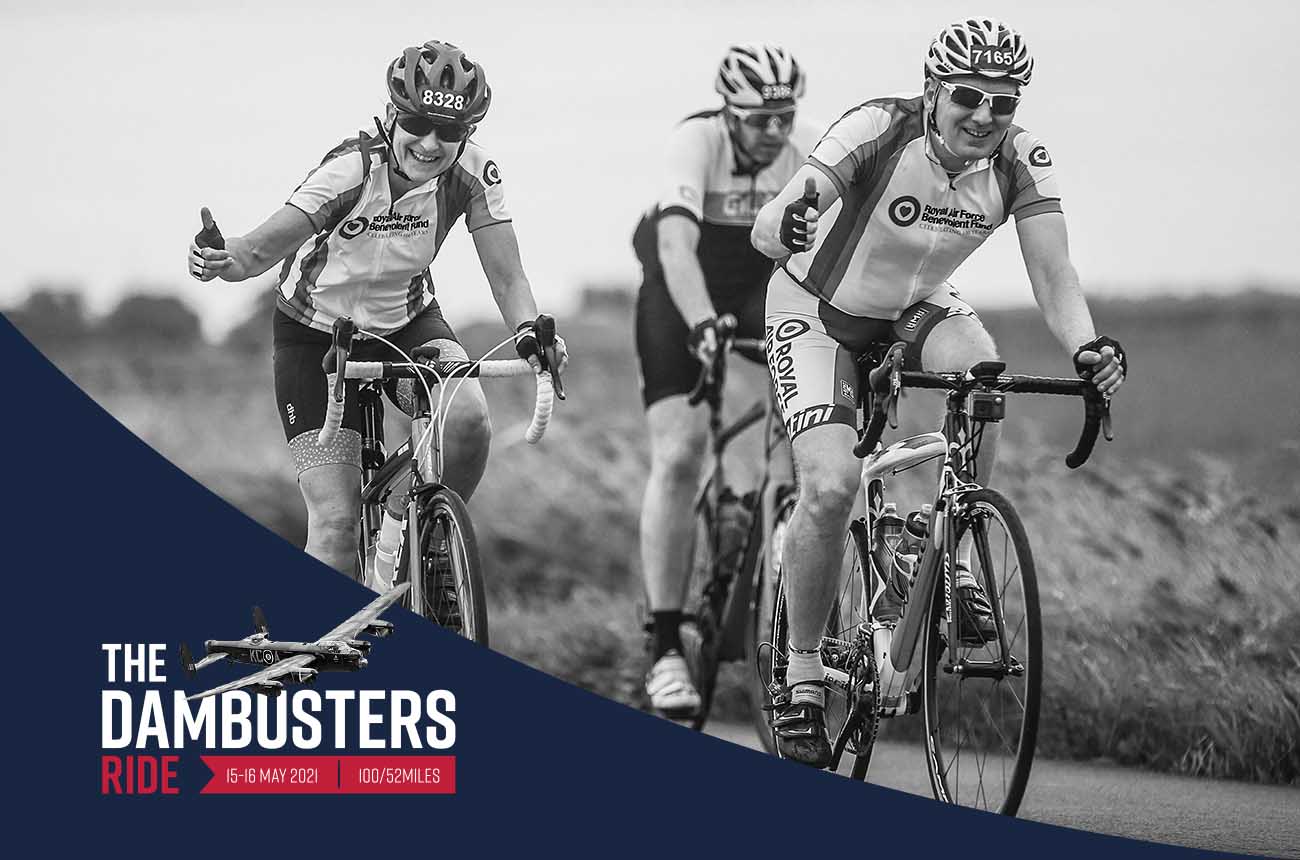