Friday the 7th of June meant getting out of the office and heading into the big city, as copywriters and content creators gathered in Manchester’s Royal Exchange Theatre for the first Creative North Conference. With a focus on ‘The Future of Content’.

The day started early with breakfast, caffeine and a chance to have a chin wag with some of the other creatives. The venue was great. Having never stepped foot inside the Royal Exchange Theatre before, I was blown away by its beautiful architecture and grand presence.

After a quick intro from Martin Williams of HNW we dove into the speakers.

First up was Peter Stephen and his talk on ‘Keeping It Real’. I think this talk resonated with me the most. Peter was genuine and spoke openly about how to be authentic in your approach as a creative. His talk was visual and he even analysed some recent ads that did it well, and others that did it badly.

Peter’s stand out quote: “We are our most authentic when we are in touch with the passionate side of our nature.”

Next up was Tolani Shoneye talking about ‘The Freedom of Content’. This one had energy. Lots of energy. Tolani spoke about how content is storytelling and storytelling is great for creating niche content.

Tolani’s quote of the talk: “I can’t come and Die” – When you’re stressing about something that is, in the grand scheme of things, utterly meaningless.

Tom Cheesewright was the next speaker. Tom is an applied futurist. Yes, I’d never heard of that profession either. But the modern world and its opportunities for varied career paths is great like that.

Tom’s talk was an insightful look into the world of how we might interact with content in the future. He described himself as a ‘long term optimist, short term pessimist.’ A view that I think many of us can relate.

Next was the rapid fire presentations from Robert Ritchie and Roxanne Parker. As a designer and visual person, I struggled to find affinity with these talks. Robert’s talk was based around the concept of the Burning Man Festival, which was quite ‘blue sky’ in it’s approach. I could get behind to an extent, but I think the ideas were lost on me. Roxanne’s talk was so rapid fire and so focussed on paid social media content that I struggled to keep up. Unfortunately it felt too much like she was pitching to the audience her workplace Social Chain.

A short break for lunch replenished the energy of the delegates. Breaks are a welcome part of conferences for me. My concentration levels slide after an hour or so of people talking at me. So I was grateful of a short interlude.

After lunch we heard from Naomi Timperley on engagement. Naomi’s approach to engagement was to ‘Listen, Talk, Listen’. I could back this one fully. She spoke openly and strongly about the importance of asking questions and creating a conversation through social media, rather than just pitching and selling at people.

The next speaker was Dr. Francesca Sobande with her talk: ‘From Immediacy and Virality to “Slow” (Self) Work’. My interpretation of the title of the talk was that she was encouraging people to slow down their pace of work in order to reduce stress. However, my interpretation was definitely wrong.

I don’t know if it was my slow brain or the afternoon energy slump, but I found Francesca’s talk quite hard to take in. She spoke quickly, used big/complex words and didn’t have visuals like the other speakers. I’m sure that some of the other delegates were able to gain insight from the talk, but I really struggled. 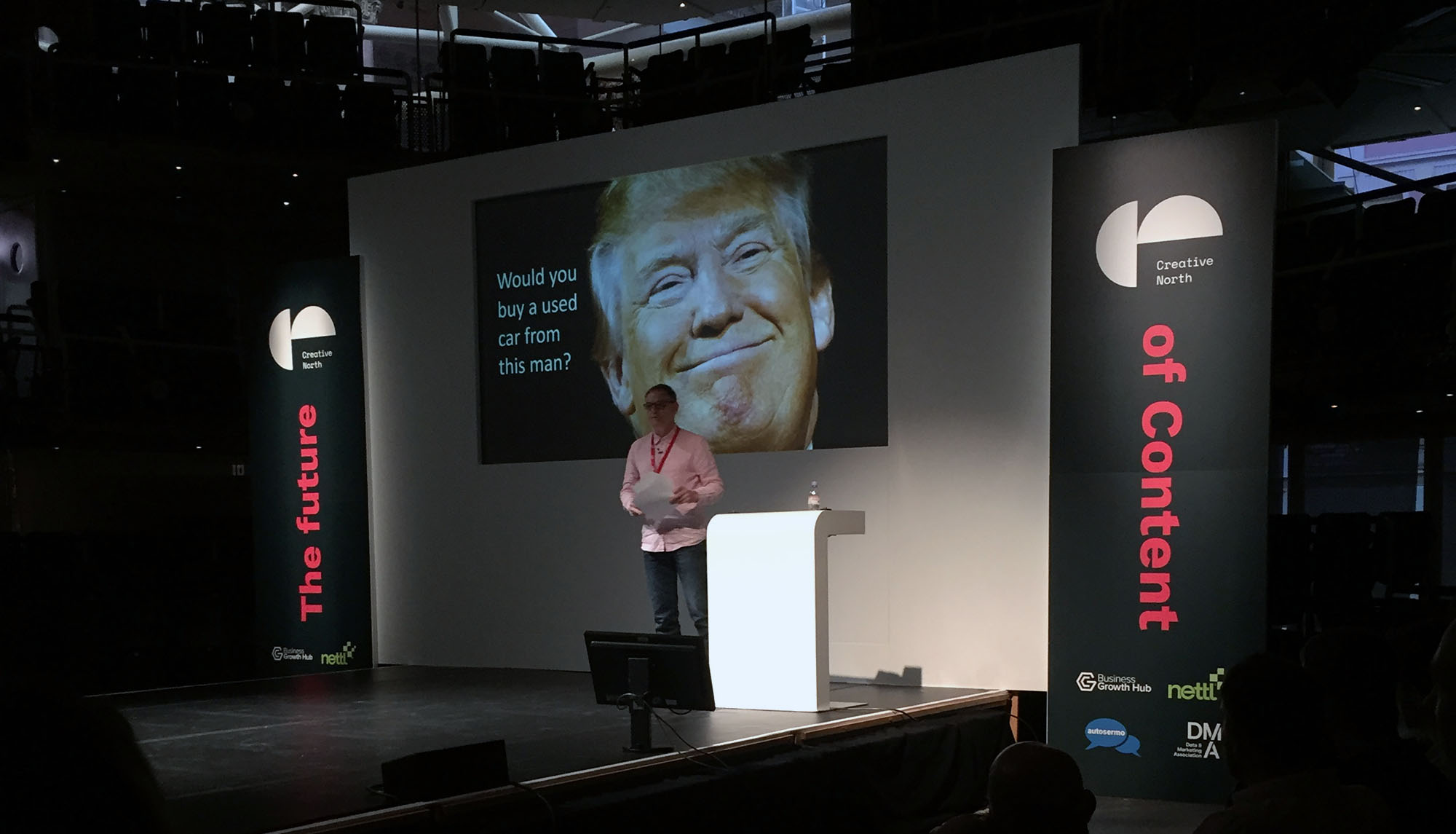 Peter Stephen's talk. We all love a dig at Trump.

A quick break allowed for snacks (the brownies were particularly tasty), more caffeine and a chance to reset my brain and prepare for the final speakers.

Anna Pickard was next up. Anna’s energy and theatrical talk was presented brilliantly. She used amusing visuals and great storytelling to explain how Slack, the online software company that she works for gained traction and how they engage with their customers.

A take-away from Anna’s talk was her analogy on how Slack’s simple and ‘human’ tone of voice not only informs but entertains its users: “The more you try and sound like a human, the more you sound like a robot.”

The final speaker was copywriter Nick Parker. Nick’s view on the future of content being its tone of voice was delivered in an entertaining and engaging way. As a freelance designer who relies on communicating simply and straightforwardly to his clients, this talk really resonated with me.

So there we go. A quick run down on how I experienced the very first Creative North Conference as a freelance designer. I enjoyed it. And that’s coming from someone who is fairly introverted and doesn’t usually enjoy large social gatherings or conferences.

I do feel that next year could include a bit more ‘designer’ focussed content. I did manage to chat to one ‘in-house’ graphic designer, and we shared a few war stories of the ups and downs of the in-house design career. But I felt like the design community weren’t out in full force.

The snacks, lunch and caffeine offerings were exceptional though, as was the venue. And these are always important factors at any conference!

I’ll definitely head to next year’s conference. And hopefully I can entice some more designers to get involved.

Enjoyed this article? Here's more for you. 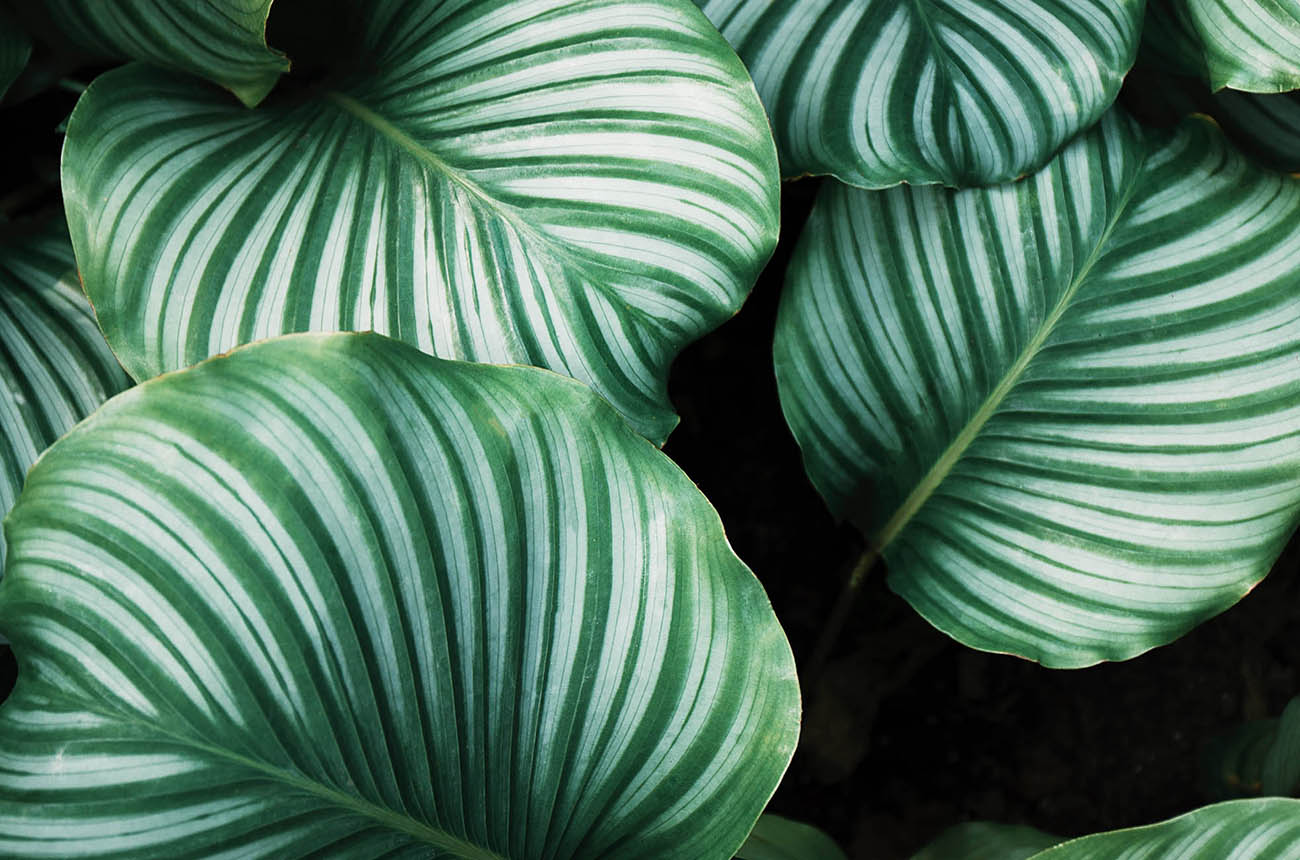 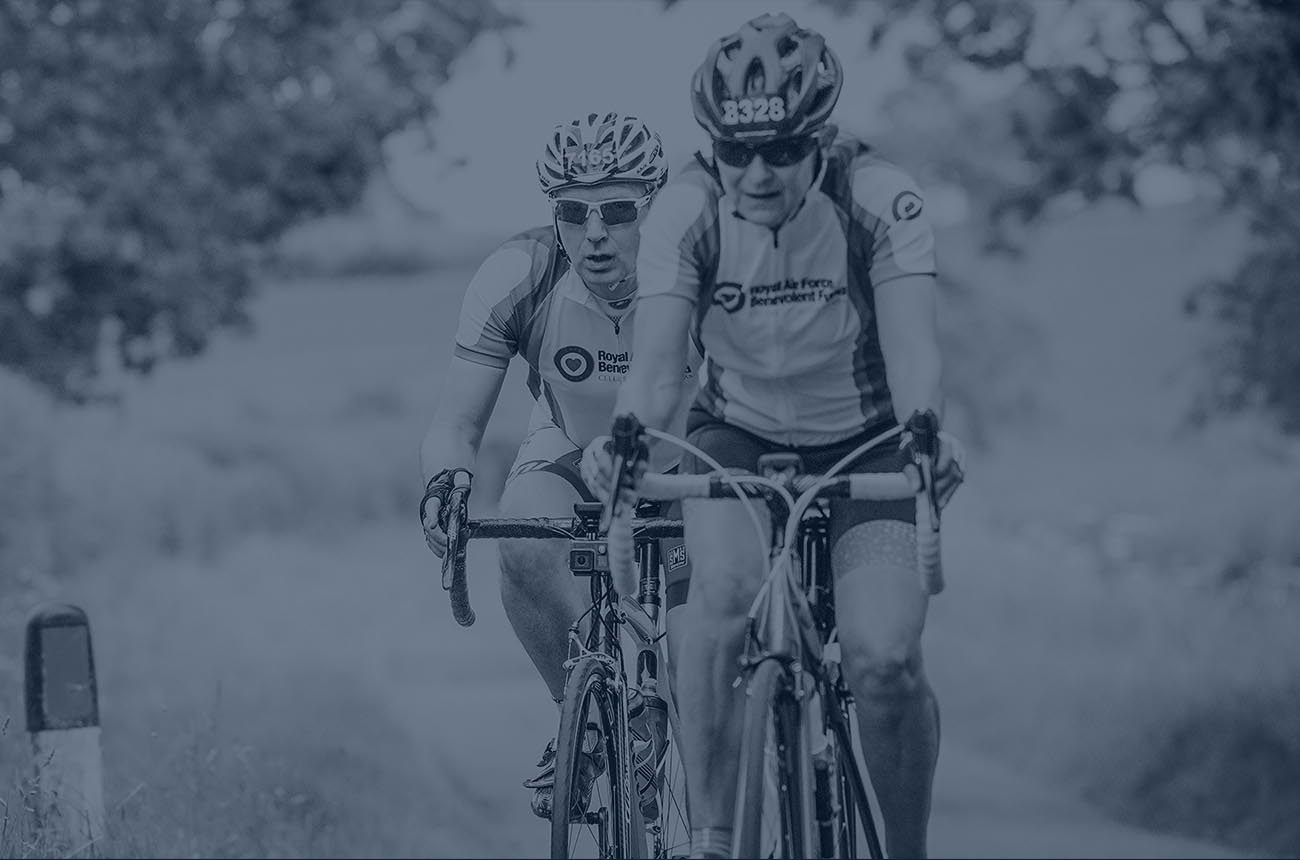 Events Have Changed
What a rough year or so it's been for events. Who knew that something as enjoyable as charity sports events, live music and get-togethers would be hit so hard over the past year or so?
Read more